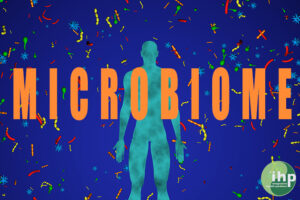 More and more evidence is coming out regarding the role your gut microbiome plays in your immune system’s ability to protect you against pathogens.  Now comes a new study showing the correlation between the severity of CV19 infection and gut microbiome distortions.  Although there is much talk in the media about “perfectly healthy” people dying of CV19, it is more likely that, though these people didn’t have an obvious health issue, they suffered with an underlying, undiagnosed condition that compromised their immune system.  Our conventional medical system has been slow to adopt functional microbiome analysis through stool testing. Yes, stool testing is sometimes ordered to determine the presence of a highly toxic pathogen. However, this is a very narrow analysis with little attention to overall function/dysfunction of the GI microbiome and its relationship to your health.   As you may have heard, the gut-immune connection is not limited to CV19 but has also been shown to be a factor in a wide range of conditions from cancer to mental/emotional conditions.  In short, if your gut microbiome is out of balance, your body, which includes your immune system,  is not performing optimally.  Unfortunately we are living in a time when this sensitive ecosystem within us is compromised in a large percentage of the population, even many who are considered “perfectly healthy”.  Wrong foods, stress, and numerous environmental and dietary chemicals can all adversely affect the health of your microbiome. Consequently, one of the fastest ways to support your immune system and overall well-being is to re-establish and maintain a healthy gut.   But though there are plenty of pages on the internet telling you what you need to eat to maintain a healthy gut, if you are out of balance you need something more than maintenance. Instead you need a protocol to help get you back to optimum. And before any protocol can be ordered we need more information on exactly what is out of balance; every-body’s different. This diagnosis is achieved with comprehensive stool testing, which guides the formation of a Functional Medicine treatment plan. So if you’ve tried a lot of other things to determine the origin of your mysterious symptoms and have heard “there’s nothing wrong”….this is your next step.  Call us to learn more. 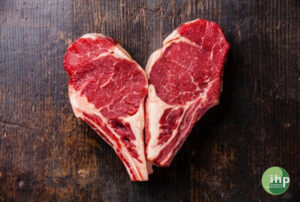 Many people are deciding to stop eating red meat because of a current popular belief that consumption of red meat causes cancer.  If you want to be vegan or eat a plant based diet for spiritual or ethical reasons or you just feel better when you eat that way, great!  But many people who like meat and feel better when they have some in their diet, are psychologically suffering concerns they are increasing their chances of cancer.  As a population, we typically get our health information from the popular press that is merely passing along information released by publishers of medical research. And like much in the popular press, the choice of what to publish is often determined with an eye on what might be contrary, sensational, or fear inducing in order to attract and maintain viewers.  You might be surprised to learn that your family doctor also learns much of their dietary health information from similar sources as the public, and only later gets confirmation from “medical authorities” once these ideas have gained momentum in medical circles. And like most new ideas, new medical ideas become “fact” only after enough people adopt the idea, regardless of whether it is true or not.   Few people, including conventional doctors, ever really take the time to confirm the conclusions of research studies to determine if their findings are valid. Digging through scholarly research is not only time consuming but typically written in technical jargon that only researchers focused on that particular topic can easily understand. Consequently, we typically just accept what the popular media says the “experts” have determined.   But this presumption of “the experts are always right” is fraught with peril.  Unless you have gone through the rigorous training required to create and conduct a study you likely won’t be aware that a study’s underlying assumptions are a key factor in whether it’s conclusions are reliable. In fact, the presumptions that underlie a study can completely invalidate the outcome of a study.  For example, on any food study the population studied is divided into those who consume the substance and those who don’t.  In the case of meat, participants are divided between meat eaters and non-meat eaters. However, meat consumption may not be the only difference between these two groups.  Those who don’t eat meat, based on the presumption it is unhealthy, are more likely to also be focused on other healthy practices, e.g., not smoking, eating more vegetables, staying away from sugary foods, and opting for organic based products.  Though meat is still part of the average diet, these practices are not widely incorporated into the typical eating regime.  In addition to meat, the average diet in the US still contains large amounts of sugar and processed carbohydrates along with toxic oils, pesticide residue, processed dairy, food additives, and other non-health supporting substances and practices. Further, most meat is still coming from animals raised in unhealthy, polluted feed lot environments, which produce unhealthy animals that may impact the health of the consumer.  In other words, though low quality meat combined with a low quality diet overall be detrimental to your health, there can be no conclusion from the typical “meat eater vs non meat eater” study that meat is a risk factor for cancer. However, this is what you are hearing in the popular press.  There is a saying in research “Correlation doesn’t equal causation”. Just because a study concludes that cancer is more correlated with a diet that includes meat, it doesn’t follow that the meat was the cause of the cancer.

A recent Danish study on meat consumption concludes: “ We found no significant associations between red meat, processed meat, and poultry intake and all-cause mortality.”  This is not likely what you have been hearing in the popular press because it is not (yet) as sensational as “meat will give you cancer”.  If you are interested in better understanding the pitfalls of food studies and dubious, one-size-fits-all conclusions as “meat causes cancer” this study points out many of the complications of such a study and offers a wealth of “food for thought”.